So, you want to run a gaming PC, but you prefer Windows to Linux or another operating system. You’re not alone. Gamers are an important market for Microsoft, and it makes sure its OS caters to them uniquely.

With a whole gaming ecosystem from PC to Xbox to mobile available, running Windows is a no brainer.

Windows 10 is the latest edition of the Windows OS, and it’s the best choice for gaming, particularly as Microsoft continues to end support for previous OS products like XP and Vista.

The OS comes in several iterations including Home, Pro, and Enterprise. But what version is the best for gaming? Keep reading to find out.

Before diving into the operating system itself, it’s important to note that the OS matters little if you don’t have the right hardware specs for gaming.

You need to build your gaming desktop (or laptop, if you prefer) to be fit for purpose, or else the software you install matters very little.

You have plenty of choices for customization even with pre-built PCs. Small systems, mid towers, or full towers, and the type you choose directly impacts the kind of hardware you put in.

As for minimum hardware specs, the most important pieces include:

You don’t necessarily need these extras on a new computer. Late model motherboards come with plenty of connectivity and a built-in sound card, so the main emphasis should remain on the processor, GPU, and video card.

Although there are no hard and fast rules in gaming PCs, we recommend that you don’t install your first game unless you have:

Additionally, just because you can buy an eight-core processor doesn’t mean you should. Core X-Series chips won’t add anything to your gaming experience other than giving you something to humble brag about on message boards.

Aim for a solid-state drive because its faster than mechanical hard drives and they are less expensive than you remember. SSDs don’t impact in-game performance, but it transforms load times from a 30-second load to fully-booted in five to ten seconds.

Stick to buying the RAM you need instead of loading up. Most of the popular games don’t require more than 16 GB, which makes 64 GB unnecessary.

AMD and Nvidia make up the bulk of the GPU market, and most people buy whatever offers the performance they need at the price they want. Avoid buying and installing multiple video cards if you can.

With a fully-loaded gaming computer set up, you’re ready to find the best version of Windows 10 for gaming.

The long and short of it is that Windows Home suits almost every gamer perfectly. Microsoft ensures that anyone can game from its basic product and upgrading to Pro won’t change your gaming experience in a meaningful way. 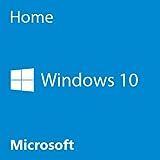 Microsoft wants you to know that Windows 10 Home is the best version of Windows 10 for gaming it offers to date.

Windows 10 Home is the most popular system currently, and all new computer titles come out for Windows 10. Linux remains too limited, and Macs don’t come with the graphics processing power to run today’s best titles.

Microsoft says that there’s no reason to buy anything greater than Windows 10 Home to run any compatible game.

Although issues exist within the Home ecosystem, you can also use fixes to handle them.

Some of the more notorious issues include:

All of these come with simple fixes that you don’t need to be a tech genius or even a programmer to run.

The most significant of these gaming features is the ability to sync up your entire Windows ecosystem. Windows 10 Home allows you to access your Xbox Live accounts from your PC. If you run an Xbox One, you can play any game on any PC within your local network.

Windows 10 Home also comes with a Game Mode. Game Mode boosts your performance and allows you to broadcast; you can stream from your PC to Mixer without using any other software.

If you already run Windows and want to know if an upgrade will improve your gaming experience, the answer is: it depends.

One of the bigger issues with upgrading your OS is the risk of compatibility. Will access to new games cut you off from old or even relatively new favorites?

Every new release comes with the risk, but Windows 10 doesn’t stop you from playing your favorite games. The good news comes in part because of mindfulness on behalf of the Windows team. But services like GOG also do a bulk of the heavy lifting by keeping classic games up-to-date with current operating systems.

On the day of release, GOG said 85 percent of its library ran on Windows 10 with no significant issues.

Windows 10 Home gives you everything you need for day-to-day tasks and throws in several dedicated gaming features for good measure. 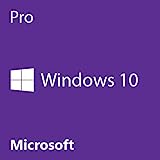 Windows 10 Pro comes with a few more core features than does Windows Home. It features the Windows Update for Business Feature for extra security for businesses uses as well as Secure Boot and Device Guard.

Windows Home and Windows Pro function precisely the same way for gaming purposes. Neither will be faster than the other and if you experience significant differences, then it is more likely a hardware issue than a difference in the operating system.

How do we know that is Windows Pro no better than Home? The Pro SKU doesn’t offer specs that suggest its inherently faster than home.

As you’ll find with Enterprise, the difference between each Windows package isn’t speed but a set of features.

What does Windows Pro offer gamers that Windows Home doesn’t?

First, gamers with a need with the Remote Desktop host capability fly the flag for Pro. Remote desktop functioning has a place in gaming, but it won’t improve any of specs or the gaming experience on your home computer.

People also like access to client Hyper-V, a virtualization tool available for Pro and Enterprise. Hyper-V allows you to run multiple OSes on a single PC. However, some note that Hyper-V presents a performance issue for gaming. Some say that while the product works well, they lose performance during game sessions even without any virtual machines running in Hyper-V.

At the same time, when users choose the boot entry without Hyper-V extensions, they see normal game performance and better CPU usage.

The Bottom Line on Windows 10 Pro

If you need Windows 10 Pro for your small business, then don’t worry: you can still game just as you would on your Windows 10 Home PC.

However, you won’t see any added benefits for gaming by spending the extra cash on the Pro version of windows. If you don’t need the added business benefits, you can use Windows 10 Pro without the extra features and simply run it normally.

Windows Enterprise earned a mention not because it’s a good gaming OS but because it pops up in message boards from time to time.

Consideration for Window Enterprise seems to rest on the idea that it is more expensive and offers more features. However, these features benefit enterprise tasks like virtually managing a network of PCs.

Windows Enterprise is a volume-only SKU. If you intend to build a new computer or buy a gaming computer, then you cannot buy Windows Enterprise on your own. Microsoft designed it for large networks and used in offices. Neither the volume licensing nor security features serve single users.

Can you run games on your work pc that runs Windows 10 Enterprise? Yes, you can if your access permissions allow you to do so.

The Bottom Line on Windows 10 Enterprise

Windows 10 Enterprise runs games as long as you have permissions from the network owner, but you cannot buy it for yourself. It also offers no features suitable for gamers and instead focuses on security and network scalability.

You can buy 64-Bit OEM Windows 10 Hom​​e for $$ for a single license. You only need to purchase Windows 10 once per computer.

Microsoft Windows 10 Pro 64 Bit System Builder OEM is available on a PC disc for $142.75. The license covers your computer for the life of your computer.

If you need an upgrade to Office 365, Microsoft offers a bundle with Windows 10 Pro 64 Bit with Office 365 for $$$. The 365 subscription covers five PCs, five tablets, and five phones for one year. It also offers 60 monthly Skype minutes and 1 TB of OneDrive storage with access for five users.

No price is available for Windows 10 Enterprise because it is an enterprise solution and therefore comes with a scalable price.

As a single user, your two primary Windows options are Windows 10 Home and Windows 10 Pro. Ideally, you run hardware that allows you to purchase the 64-bit version of either operating system.

When deciding between what version to use for gaming, think not of gaming features but other uses for your computer.

If you run a dedicated gaming PC, then Windows 10 Home is half the price of Pro and comes with every single feature you need to run games effectively. Microsoft is more apt to tout the gaming features for its Home version because they are driving features.

Pro is the version of Windows 10 worth aiming for among serious gamers with big budgets and additional considerations. Pro offers more options for hiding your activity from Microsoft, which gamers who don tinfoil hats particularly like. The added privacy features are business-oriented, but if you also use your PC for professional purposes, then Pro works for both.

Windows Enterprise is unavailable as a single license and contains no gaming features or specs that suggest that it might improve performance for gamers. You can install games on your Enterprise PC if you have the access options, but you cannot buy it.

Whatever one you choose, make sure you stick to the 64bit version of the product at a minimum for the best results. Don’t forget the value of running the right hardware, too. Windows is the most prominent OS for gaming because Linux offers limited titles and Mac can’t keep up. So worry less about what operating system you run and more about using the hardware that best suits your favorite game titles.